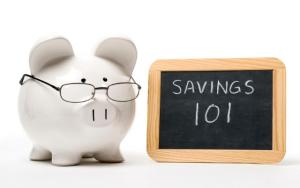 In a chilly room crammed with boxed fruits and vegetables, Frank E. Celli popped open the hatch of one his company’s steel biodegrading machines and started tossing in bruised eggplants.

He then stepped over to the side, where a drainage pipe carried a broth –like liquid from the bowels of the machine to its ultimate destination: a wastewater treatment plant.

By having the technology on site, grocery stores, hospitals, hotels, and other clients can reduce storage of waste and save money on hauling fees.  Celli’s recent demonstration was at a ShopRite in Hillsdale, which is using the largest model on a trial basis.

Celli sells the technology as much on its environmental benefits as the potential cost savings.

“Trucks can travel hundreds of miles to dispose of a dumpster full of trash from New Jersey,” the waste industry veteran said.  “This technology can help take trucks off the road and save landfill space.”

BioHitech America, the exclusive distributor for BioHitech Korea, has been in business for two years.  Celli came aboard last spring at the request of the company’s founding partners, who distribute a technology created by Korean microbiologist Chun II Koh.

Koh, who developed a cocktail of bacteria that break down a broad range of foods, had been interested in marketing his technology in the United State because of its large waste industry.

Celli had worked in that industry for 20 years, co-founding Ramsey-based Interstate Waste Services in 1999.  When the private company was sold to a private equity firm in 2006, it had grown to $150 million in revenue.  Celli left with a strong sense that the country needed more waste disposal options.

“I said to myself, there’s got to be a better way to skin this cat.  We’re just not doing a good-enough job,” he recalled.  “I don’t consider what we’re doing to be completion in the waste industry.  I think those companies can use this technology as a tool to grow their business by offering customers a new option.”

His partners at BioHitech sought someone with entrepreneurial credentials and a thorough understanding of the waste business form pick up to final disposal.

Celli spent six months doing diligence on the South Korean manufacturer and its technology to ensure it could deliver on its promise.

He wanted to be sure the machine maker could keep pace with demand while maintaining ethical workplace practices, Celli said.  That led to a trip to Seoul in October to meet Koh and tour the company’s plants.

He also had to be sure the end product could be safely processed by this country’s wastewater plants.

“I had a product and a technology that were unproven in the United States,” he said.  “I needed to feel I could be proud of this company and put my name on the line.”

The U.S.-based company’s initial business plan had some flaws, as did the equipment, Celli said.  For example, when the early models became overloaded, their casters couldn’t sustain the weight.  The machines, now in their eighth generation, have overcome those earlier problems, Celli said.

The company sells three models, the largest of which costs between $20,000.00 and $40,000.00 and can process about 2,400 pounds of food in a 24-hour period.  High water-content produce is digested most quickly, with a readout gauge that tells users when the weight capacity has been reached.

Several clients use the machines for free as part of a pilot program – the hope is that if companies like them, they’ll buy them.

BioHitech has focused on markets where disposal fees run high to ensure clients get a good return on their investment.  More than two dozen of the machines are in operation in the United States, including at supermarkets in New Jersey.

One of the clients in the Grand Canyon Lodge-North Rim in Arizona, which feeds food waste from a full restaurant, deli, employee dining room and cafe into a model designed to handle 800 pounds a day.  The company bought the machine last year, running it from its peak season from June through mid-October.

“We really put this machine through the ringer,” said Rick During, assistant general manager.  “There were days we were putting in 1,100 pound of food waste a day.”

The investment made particular sense because the lodge is so isolated, he said.  The biggest challenge was re-educating staff members, but they’ve since seen the results.  Through recycling and food waste reduction, the lodge has gone from nine to seven dumpsters, many of which only fill up partially.  During said he estimated that the machine processed nearly 90,000 pounds of food during the five-month season.

Celli next plans to investigate whether his company could collect the effluent produced by the decomposing machines reformulate it and sell it as all-natural fertilizer.  But first the company will need to test the material and build the customer base for its machines.

“We’d really like to see the technology become a standard part of the design process for supermarkets, restaurants and hotels,” he said.