Tapping into the value of food waste reporting provides vital information to more directly answer 6 key questions: Who, What, Why, When, Where and How Much. Without these basic questions answered there is no way to fully understand the problem in order to make informed decisions needed to deliver better operational, environmental and financial outcomes for your business.

BioHiTech’s cloud platform serves up real-time food waste data collected from our on-site technology solution, the Eco-Safe Digester, quantifying food waste in a fashion that has historically not been available. Our platform invites customers to observe the food waste generation habits of their employees and the overall process to uncover who, what, why, when, where and how much waste is being created.

There is a good chance that your inefficient waste process does not answer any of the above key questions and that your problems fall into one or more of these buckets.

There are significant operational, environmental and financial payoffs when collecting, managing and analyzing food waste data. Without the detailed data it is easy to fall into the trap of addressing the wrong issue and missing out on an opportunity to prevent the waste all together.

Beginning July 19, 2016, certain New York City businesses will be required by law to separate their organic waste. If your business meets the minimum requirements outlined below, you must comply with the business organics rules.

Businesses covered by this proposal are given the option to arrange for collection by a private carter, transport organic waste themselves, or process the material on site. Suitable processing methods include composting and aerobic/anaerobic digestion. A food waste grinder is not permitted.

Self-Transport: Businesses choosing to haul their own source-separated organics must register with the NYC Business Integrity Commission (BIC).

On-Site Processing: Businesses covered by these rules that choose to process organics on-site must register with DSNY within 30 days of installing on-site processing equipment. 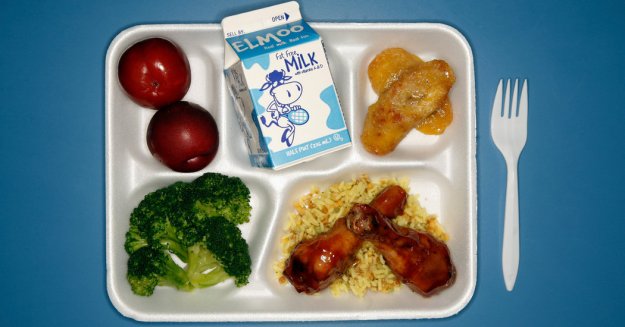 Recology instructed San Francisco school officials to not recycle the recyclable plastic trays the district uses daily to serve students food. So reports the Chronicle, which details the jaw-dropping behavior by the city-contracted waste company that began in 2013 and may have only stopped when the paper began asking questions about the bizarre instructions given to school officials.

“Recology has told us they don’t want any plastics because they’re too soiled,” the principal at Commodore Sloat Elementary School, Greg John, told the paper. “It’s now institutionalized.” Of course, the trays are perfectly recyclable — covered in food or not. Food scraps mixed in with paper, however, lowers the resale value of the paper for the company, the Chronicle observes.

In response to what is clearly a PR nightmare for the company, spokesperson Robert Reed dug a little deeper and attempted to shift the blame to school children too “lazy” to rinse off the trays before disposing of them.

“If you were just lazy and tossed a plastic tray into the recycling that had spaghetti sauce on it, you would be diminishing the quality of the paper that’s getting ultimately recycled,” Reed told the paper.

“We accept all hard plastic food trays for recycling,” noted Reed. “We only ask that students who do not finish their meals shake any uneaten food into the green composting collection bins that we provide.”

So, it seems that Recology is more focused on protecting the resale value of the paper more than supporting that whole zero landfill waste by 2020 thing.

Garbage is an irrefutable fact of life in New York City. It’s the first thing newcomers notice and the last thing they see when they leave the city: trash is seemingly everywhere but perhaps more concentrated in just a few areas.

Bushwick residents who live around a busy waste transfer station on Thames St. owned and operated by 5-Star Carting are on a mission to get the facility shut down — claiming safety issues, compliancy issues and health risks. Residents complain that not only are the noxious odors and fumes enough to make people sick the chemical spray 5-Star has started pumping out to mask the odors carry additional health warnings.

A study released this year by the Transform Don’t Trash coalition– which brings together the NYC-EJA, ALIGN (a workers advocacy organization), New York Lawyers for the Public Interest, and the New York City Teamsters labor council– found that this “clustering” of waste transfer facilities results in a system in which “regardless of where waste is generated in the city it is trucked to [these facilities that are] primarily concentrated in three overburdened communities.” This not only increases the inefficiency of the system as a whole, but also puts nearby residents’ safety and health at risk from heavy truck traffic and poor air quality.

Bushwick is one of these overburdened communities. Before being transported to incinerators, 40 percent of the city’s trash ends up at transfer stations in North Brooklyn.

While the problem of trash distribution has been developing over the last 30 years, the chaotic, truck-intensive commercial waste system is not just problematic from a climate perspective – it also harms New Yorkers on a day-to-day basis and squanders important economic development opportunities.

Many Bushwick residents believe that if the transfer stations was moved for just one week and placed next to the Armory in Manhattan, a million people would protest and that dump would likely be closed in a day.

In addition to the noticeable aroma there are also many health concerns as the fumes from the high number of trucks and pollution from chemicals used at the facility waft in the air. Diesel fumes are known to exacerbate asthma symptoms and studies show that Bushwick has one of the highest asthma rates in the city.

Council Member Antonio Reynoso, who is also Chair of the City Council’s Sanitation Committee continues to put pressure on the de Blasio administration to consider redistributing these waste transfer facilities but notes that getting other neighborhoods to take on a greater share of the city’s waste is not easy to do in the city of New York for a very simple reason– nobody wants trash in their neighborhood.

The Bushwick residents are hoping the city will refuse to do business with 5-Star Carting if its not following city laws about protecting the community. The Mayor has pledged to make trash collection and recycling in the city more efficient and more sustainable, we will see if this applies to the residents in Bushwick.

More on this story can be found here:

According to Rick Fedrizzi, CEO and Founding Chari of the U.S. Green Building Council we need to be less reactionary to the issue and rethink the process.

Rethinking Recycling: A Call to Action

We split the atom. We invented the light bulb. Heck, we not only sent a man to the moon, we brought him back again. Why, then, can we not get recycling right?

As the New York Times columnist and author John Tierney recently wrote, recycling is costly, complicated and inefficient, which prompts him to ask the sticky question: so why do we still do it?

We continue to recycle, and do so the world over, because the alternative would be too frightening to consider, not to mention self-destructive.

But why, decades after its broad acceptance, does recycling still cost as much as it does? Why does it remain so ridiculously inefficient? And why does it rely so utterly on human behavior and a society’s collective sense of social responsibility to actually work?

Because many parts of the process is broken and is going to need researchers, scientists, urban planners, environmentalists and concerned citizens everywhere to fix it.

We need to engage our scientific, technology, and environmental communities to deconstruct and re-imagine the entire process with a fresh mind and an entirely new set of eyes and stop focusing so much of our attention at the tail end of the consumer process and start looking hard at the front end.

As the earth’s resources remain threatened or as prices increase to dispose of these recyclables in a non-sustainable method, we can either choose to continue down the expected path or reimagine a better outcome. 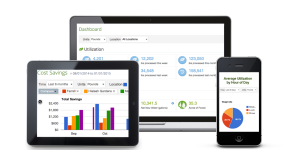 Imagine having a problem with a piece of commercial kitchen equipment and have it fixed before even knowing there was a problem. Though it seems implausible, staying connected to a product wherever it is located is now possible thanks to remote monitoring.

Global suppliers such as General Electric and Emerson Electric Co are selling remote monitoring services to help manufacturers fix or prevent mechanical problems increasing their productivity while cloud computing is storing and analyzing vast amounts of data from those machines to predict trends. These combined efforts cut down the need for costly hands-on service calls and turns every day into a profitable and efficient day.

Monitoring performance, analyzing data and troubleshooting any problems, even before the customer knows the machine is having a problem, is an extraordinary level of service. A service BioHitech America offers with every Eco-Safe Digester.

BioHitech America’s remote monitoring feature offers an enhanced level of insight that can truly improve the performance of the machine. Data can be monitored and made available for analysis through cellular or Wi-Fi networks.

In the past, monitoring a machine required specialized men and women to travel to a location to perform a routine inspection of that machine. Now, automation takes over the task and eliminates a considerable amount of travel time, expenses and fuel.

Service is not the only value-add, big data, streaming from the Eco-Safe Digester to your tablet or computer is priceless. Increased efficiency and productivity, improving customer satisfaction, and measuring carbon footprint performance, increases profitability.